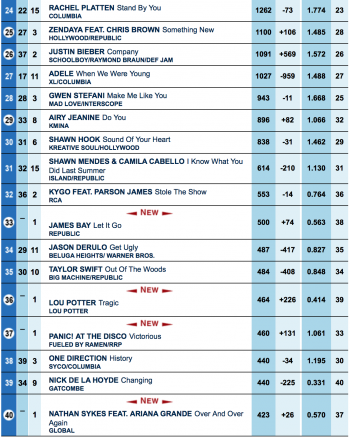 “Tragic” Lou Potter's hot new single has been grabbing attention in the United States 2016, short after Taylor Swift at top 36 on Billboard’s Indicator chart by airplay on radio stations in California and across the United States. While stations in Canada have also aired "Tragic", the USA is really taking to the song. The music video was also filmed in California and has a combination of Canadian and American production. It can be heard on youtube, Vevo, and found on itunes, spotify and many more.